A live-tweet commentary on Three Ghosts before writing the latest entry for the Arrow Episode Guide.

Word of warning - this DOES have SPOILERS!  So don't read this until you've seen the episode! aaa 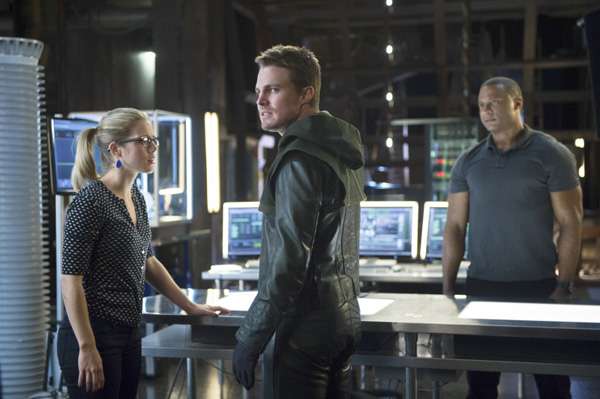 0:03 - Spinny cam is giving me vertigo. Oh the irony that Count Vertigo is dead now!

0:06 - You know, if this were regular DCU, I would dearly love to see Ollie give Barry a good ass-kicking.

0:13 - Dammit... my DVR blacked out twice between Cyrus and Blood talking.

0:26 - Shouldn't Barry be rushing to get to work? No pun intended? Did we totally forget that?

0:27 - And there's this week's reference to the particle accelerator.

0:28 - Well, there goes the fan theory that Barry is Jewish.

0:36 - Oliver has psychological problems.  Yeah - that took a genius to figure out.  Barry's not quick on the uptake.

0:48- "So fight, Oliver.  Get up and fight back!"  As sure a mission statement for #GreenArrow as ever there was.

0:59 - That was awesome. Just plain perfect. Well done @geoffjohns @AJKreisberg @mguggenheim and everyone else among the @ARROWwriters
Posted by Starman at 11:03 PM