Agents of SHIELD, Episode 2 - Live (But Not Really) Commentary

Due to my responsibilities at work keeping me late, I was not - as I'd planned - able to live tweet the latest episode of Agents of SHIELD as I'd planned. But since most of you would have read the summary of it once I was done anyway, I figured there's nothing to stop me from watching it a few hours later and THEN doing a "live blog".

DVR for the win! 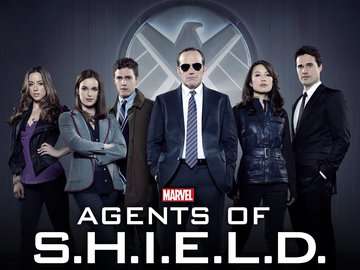 5:44 -  I know this is hardly an original comment but damn - for a secret organization, SHIELD slaps their logo on every thing.

19:53  - Professor!  Lava!  Hot!  Why does nobody ever listen to the scientist who says that touching the McGuffin is a bad idea?

24:53 -  That may be the line of the episode - "Do you need anything else before I go check on the device fueled by evil that's sitting in our cargo hold?"

33:29 -  Okay.  I take it back.  Coulson is NOT Captain Jack.  Jack would have slept with the enemy agent THEN revealed this his underlings had stopped her underlings.

50:35 -  This would be a much better action sequence if it weren't shot so close to everyone's faces.

54:59 - Drinking in the cargo bay.  Anyone else think they're pushing the Serenity angle a bit much?

FINAL ANALYSIS: Still developing the core cast past a bunch of Whedonesque stereotypes but still an entertaining hour of TV.