Latest News on Arrow, Amazon and a Flash TV Show! 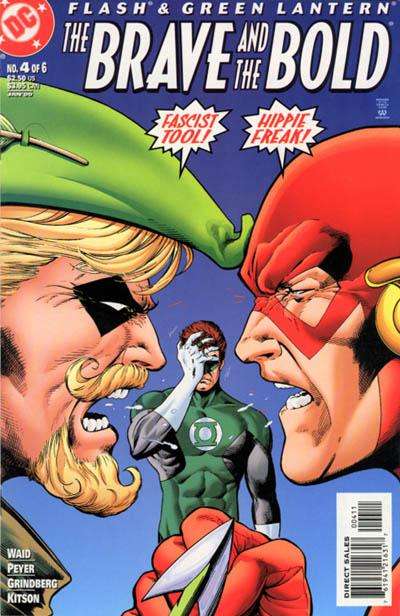 SOURCE:The CW gives The Flash his own TV show, launched out of Arrow

So, here's the long and the short of it.

1. Barry Allen will be a reoccurring character on Arrow in Season Two.  No word on who will be playing him, though.
2. He's being put on the show in expectation of spinning off into a The Flash series next year.
3. Amazon - CW's proposed Wonder Woman series - is on-hold as "the script is not exactly what we wanted, and with an iconic character like Wonder Woman, we have to get it right."

My thoughts?  Generally positive.  We already knew they were planning on branching out into the larger DC Comics universe with Arrow.  A spin-off of some kind was inevitable and throwing an outlaw Ollie Queen against the by-the-book cop like Barry Allen would offer a lot of drama.  And bonus - if they decide to take the same idea used in JLA: Year One, you can have Barry as a love interest for Laurel.

I'm less pleased about the news that Amazon has been put on the back-burner in favor of them fast-tracking Barry Allen into a TV show.  Still, I am comforted that they are apparently determined to see a Wonder Woman show done properly and not rush it to completion just to do it.  Still, I can't believe a Wonder Woman show aimed at a youth demographic is as difficult as some believe it to be.  In fact, this teen librarian has just the idea on how to do it!

Just take the basic idea of the Silver Age - Amazon Princess sent into Man's World - and transpose it onto a Dirty Little Liars/The Clique style private school.  Diana is the new foreign exchange student - a daughter of some vaguely defined royal family - and you can have all the standard CW teen drama with Diana learning about American culture AND learning how to become the hero she will be someday as she deals with peer pressure, date rapists and bullying.  She graduates after a season or two and the show moves into a more traditional action-show starring the Wonder Woman we all know and love.

You can have that one for free, Warner Brothers!
Posted by Starman at 2:51 PM