Another solid episode in the Classic Who mold, with a seemingly standard genre story being twisted around into a science-fiction epic that works on multiple levels.  Those who were disappointed by last week's episode not contributing much in the way of character development for Clara or continuing the storyline regarding The Doctor trying to solve her mystery will not find this episode as lacking. 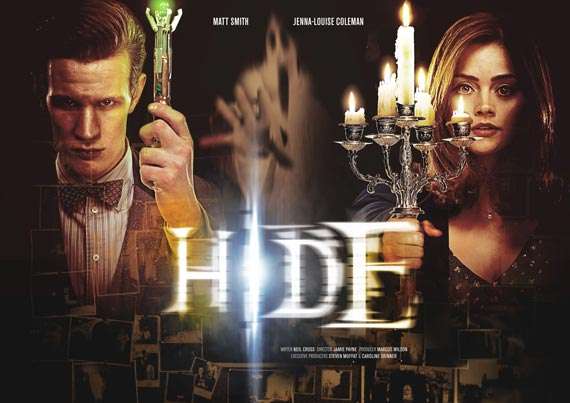 It was a dark and stormy night on November 25, 1974, as Professor Alec Palmer and his assistant - the psychic Emma Grayling - are investigating reports of a local ghost known as The Witch of the Well.  They are surprised - but not displeased - when a mysterious Doctor (who knows far more about them than even The Ministry should) shows up with his assistant, Clara.  He goes along with their guess that he's come to make sure everything is going okay on behalf of the government.  But Emma can't shake the feeling that there's more to it than that and that there's a cold liar's heart behind the joking exterior of The Doctor.  Worse, she can't shake the feeling that The Witch is talking to her.  And then there's the matter of a strange, crooked man lurking in the shadows of the house...

* The Classic Who fans will have a field day with this episode.  Neil Cross' script feels like an old Robert Holmes piece in all the right ways, with lots of dark, mysterious elements.  There's also another Pertwee-era reference, as The Doctor requires a blue crystal from Metebelis III (which The Third Doctor was continually trying to take Jo Grant on a day trip to visit) to build a stargate.

* Lots of amazing visuals, particularly the images of the various points in time with The Doctor moving around time while staying in one space.  There are many moments in this episode that, captured in still-frame, would make a brilliant wallpaper for a phone or computer background.

* The mystery of Clara and her relation to the other Clara's deepens quite a bit in this episode.  Ignoring the revelation that she is psychically ordinary at the end, we also see more evidence that Present Clara is quite different than The Snowmen Clara.  Last week, we saw that she was actually willing to follow The Doctor's orders about staying put and not wandering off on her own.  This time, we see her actually being scared to go off even when The Doctor asks her too - a definite change from most of the companions in the Modern Doctor Who stories

* Despite Clara showing a cowardly streak, the banter between The Doctor and her is much improved.  Indeed, I dare say the interplay between Matt Smith and Jenna-Louise Coleman is the best we've seen since The Snowmen.

* Some of the digital effects are a bit dodgy, particularly the wormhole.

* Similarly, The Crooked Man costume also doesn't look that great when we get a clear look at it.  Thankfully this doesn't happen until the very end.

Like Cold War last week, Hide is another formulaic episode reminsicent of many classic Doctor Who episodes.  What it lacks in originality, it makes up in everything else.  The acting is wonderful across the board.  The on-going storyline for the half-season progresses beautifully.  The only weak spots are the special effects and the costume, which are far from the worst the series has ever seen.  A great episode!
Posted by Starman at 8:00 PM