Doctor Who, Series 7 - Episode 10 - Journey To The Centre Of The TARDIS.

This is one Journey where everyone involved should have stayed home.  The script reads like someone trying to write a Douglas Adams novel and failing miserably.  This would be bad enough if the whole affair didn't feel subtly racist and sexist while also being tedious.  The first definite miss of Series Seven, Part Two. 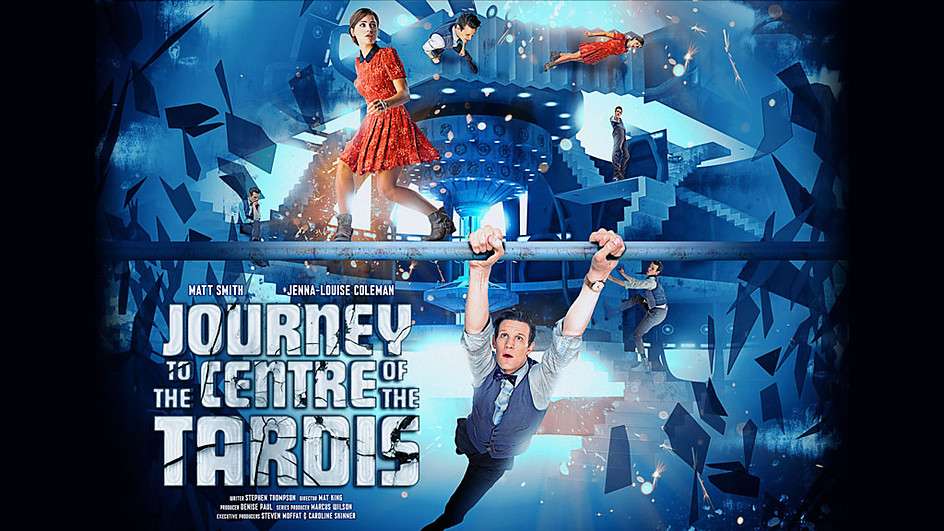 The Doctor is attempting to acclimate The TARDIS and Clara by offering the later a driving lesson of the former when The TARDIS is injured by a magnetic tractor beam.  With The TARDIS wounded and Clara lost inside, The Doctor will force the greedy wreckers responsible to help him save the day... even if he has to blow up The TARDIS to do it.

* This episode has something a Douglas Adams feeling to it.  Ignoring The Doctor's quite specific request "Don't Panic" and the plot device of a Big Friendly Button (no doubt inspired by "Don't Panic" being written in "Large friendly letters" on the cover of The Hitchhiker's Guide To The Galaxy), the story itself has many Adamsesque ideas and themes.  Chief among these are the unchanging nature of man no matter how advanced technology becomes (i.e. Even once we achieve space-travel, people will still be jerks to one another for no good reason), advanced technology failing to work properly in a spectacular fashion (i.e. The Doctor fakes a self-destruct only to discover that the TARDIS is going to blow up anyway) and the general absurdity of the universe.

* The rooms of the TARDIS interior we get to see (including the oft-mentioned but never before seen library) are quite neat.

* More nods to the classic series.  There's a lot of dialogue borrowed from older episodes and we get to see The Eye of Harmony - the star on the verge of becoming a black hole that powers the TARDIS.  At least, that's what it is at the moment.  Seriously.  Go read up on the ever changing nature of just what The Eye of Harmony is and marvel at how this explanation, while possibly explaining everything, may not actually satisfy anyone.

* When you get right down to it, this episode was just a lot of running down the same hallway set while being chased by the monster of the week.  While that can be said of many Doctor Who episodes from the classic era, the show has largely progressed beyond that and all the timey-wimey talk in the world can't hide that.

* While the above might have been tolerable had the episode tried to play off of the meta-plot and have some fun with things, it doesn't.

* The subplot with Tricky being a human tricked into thinking he's an android - while a nice twist on the sci-fi theme where it turns out a human is really a robot - is wholly unnecessary to the larger story.

* The Time Zombies (as they are credited in the show credits) are lame, resembling a slightly higher-budget version of The Putties from Mighty Morphin Power Rangers.

*There's several aspects of the story that don't make sense in retrospect.  In no particular order...

** How can Tricky sense the TARDIS is in pain if he isn't really an android?  Is mechanical empathy a standard option that goes along with having mechanical eyes?

** If so, why don't his brothers pay more attention to what he's noticing about the dangers of the TARDIS with his enhanced senses?  And why are they so committed to keeping their joke about their brother being an android going in the face of almost certain death?

** Why are the Van Baalens so greedy/stupid as to start trying to take apart the ship from the inside after having been shown they can't escape it?  Even if they don't believe The Doctor will make good on his promise to see them paid with the haul of a lifetime, it's not like they can get away with what they're stealing having already proven they can't break the lock on the TARDIS exit and their tools can't cut through her exterior.

** Why is The Doctor so committed to forcing The Van Baalen Brothers into helping him find Clara in the first place?  Why doesn't The Doctor have them split up immediately after clearing the toxic fumes out of the console room?  Does he really expect three men to be able to find Clara in an infinite space any faster than he can do it alone without them knowing the territory and needing to be watched so they don't get lost/cause trouble?

** Why is The TARDIS able to shift itself around and keep Clara moving back to the safe areas but unable to clear a pathway to its' heart, thus saving The Doctor a rather lengthy and dangerous journey through zombie-infested corridors?

* While I doubt this was intentional on the part of the casting director or anyone involved in the show, it is slightly worrying that this week's supporting cast - a group of dishonest scrap-scrounging ship thieves - is portrayed exclusive by black male actors.

* Clara is largely reduced to the role of "Panicky Girl #1" for the greater part of the episode, even if she does get to punch The Doctor several times for being an ass. Case In Point - what the hell was up with The Doctor making this smug face after Clara asked if he was putting the TARDIS in basic mode because he didn't think a girl could drive and he said "no"?  Maybe the intent was suggesting he was amused at being accused of sexism or at Clara's pouting but that wasn't projected well. 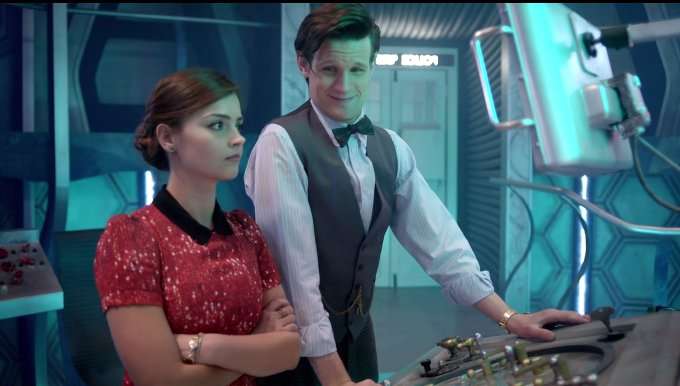 Most of the episodes of Series Seven, Part Two have felt like Classic Doctor Who for all the right reasons.  This one felt like all the old episodes we'd rather forget about.  Strip away all the Douglas Adams references and Timey-Wimey bits and ultimately this episode is just a lot of running around the same corridor over and over, whilst being chased by a monster in an unconvincing costume.  All that was missing was a chase through a quarry.  The whole affair feels contrived and there's a lot of logic problems in the script.  Throw in the problematic aspects with Clara being a damsel in distress for most of the episode and the undoubtedly evil intergalactic scrappers being cast with black actors and you have an episode that everyone will probably skip over when rewatching the series later.