The blurb on Comixology for Arrow #26 asks "So what happened between Tommy and Laurel during the five years that Oliver was presumed dead?"  Well, the answer is nothing shocking.  He bummed off his rich father.  She got her law degree.  And the two of them had a lot of sex, all while insisting that each time would be the last time ever. 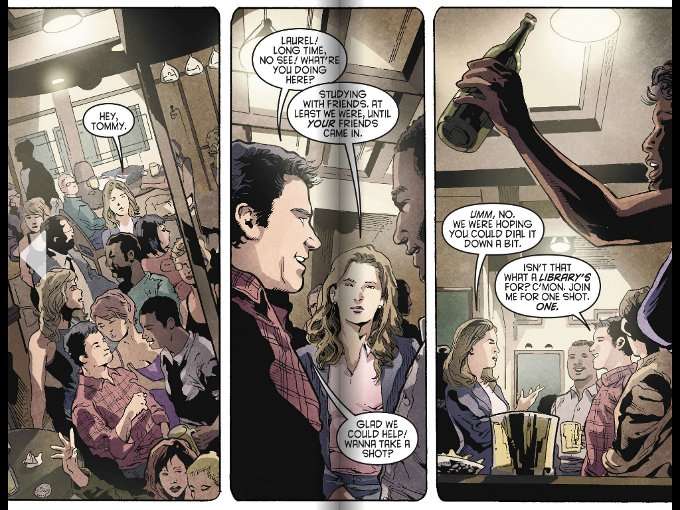 The script by Tiffany Williams and Mary Iacono offers no broadening of the characters and no new information.  There's nothing of value here, save to an obsessive fan seeking to build a perfect Arrow timeline that tells us precisely when Laurel earned her law degree.  The artwork by Allan Jefferson and Le Beau Underwood is equally shapeless and undefined. 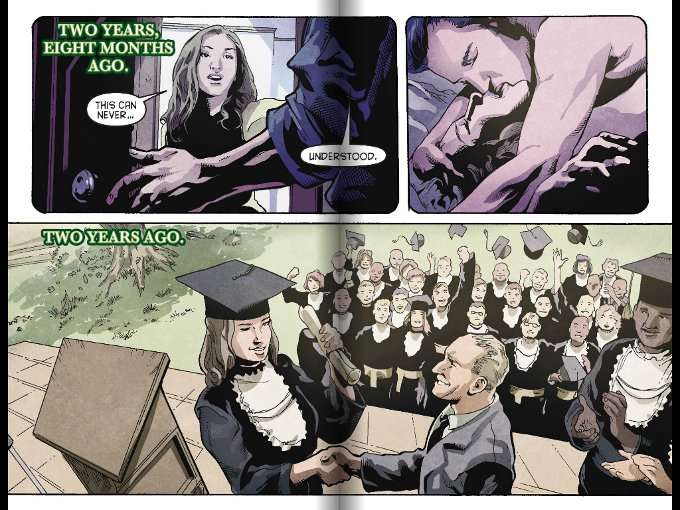 Arrow #26 is an ultimately unnecessary story that does nothing to advance the larger story of the show and tells us nothing about its' characters that we didn't already know.  If I were to sum it up in one word, I would choose "skippable".  Spend your $1.00 on another web comic.
Posted by Starman at 9:08 AM