Injustice: Gods Among Us #9 - A Review

Injustice #9 offered me a glimpse of something I haven't seen in recent memory- a Wonder Woman whose adventures I would want to read every month.  Personally, I found Brian Azzarello's take on the character in her monthly title left her largely a blank slate in terms of personality and Geoff Johns, while giving Diana a personality, seemed to have little idea of how to handle her past her introduction to Man's World in Justice League.  Tom Taylor's Wonder Woman is a true wonder and his script - coupled with the excellent artwork of David Yardin - is able to show her strength and how awe-inspiring Diana should be without a single word being spoken. 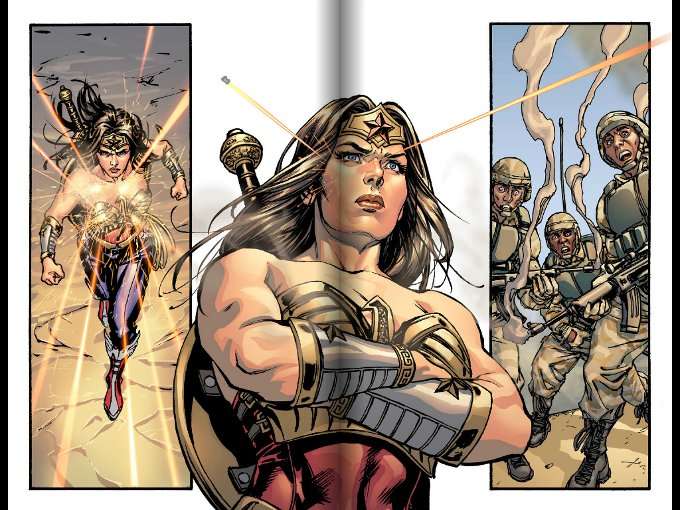 Thankfully, for those of us who enjoy Taylor's dialogue, this story does have several words spoken.  And those words are hilarious as we see that rarest of all things - a Wonder Woman with a sense of humor.  Not since Gail Simone's run on the book have we seen a Diana who can cut and thrust with a jibe as skillfully as she cuts and thrusts with her sword.  This is a welcome thing, particularly when her target of choice is Ares, God of War.  But don't worry Wonder Woman fans - just because this Diana cracks wise does not mean she can't kick ass when the time is right.  Indeed, she kicks all kinds of ass throughout this issue. 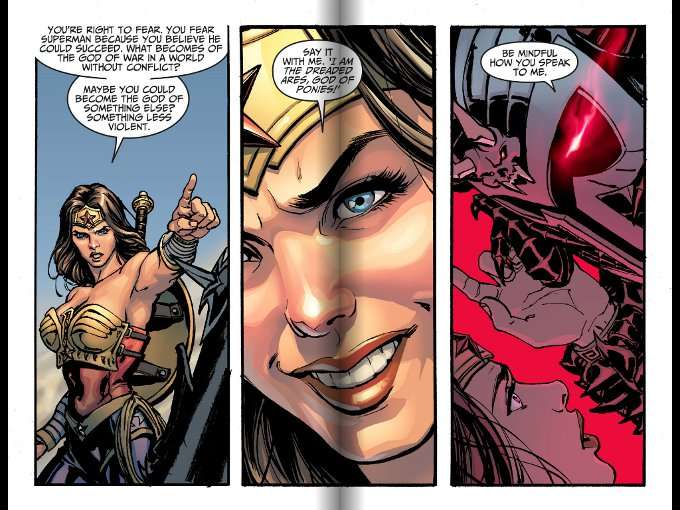 Injustice has proven to be a must-read comic since its' first issue.  This issue is a must-read for all fans of Wonder Woman, whether they have any interest at all in the upcoming video game or not.  At 99 cents for the download, it's a bargain to boot.  Download it.  I doubt you'll regret it.
Posted by Starman at 10:09 PM