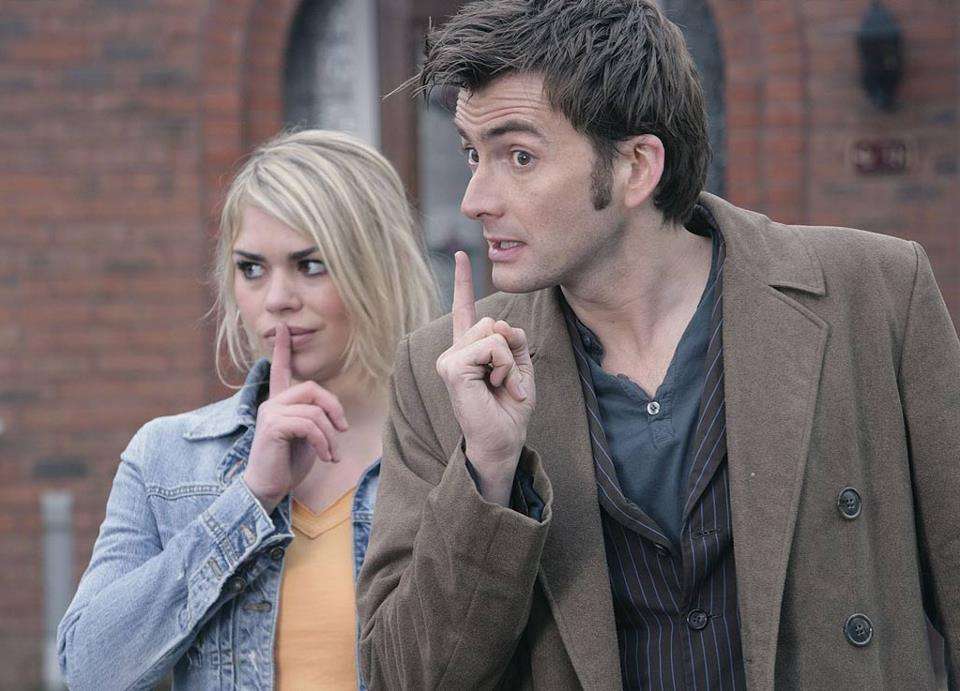 SOURCE: Tennant & Piper are back for the 50th!

Blogtor Who is reporting that next week's Doctor Who Magazine will confirm that Billie Piper (Rose Tyler) and David Tennant (The Tenth Doctor) have been confirmed as being part of the 50th Anniversary Doctor Who special, which will be 90 minutes long and filmed in 3-D.  Actor John Hurt (perhaps most famous for his role in Alien) will also be appearing.

UPDATE: The news was confirmed by BBC Entertainment Reporter Lizo Mzimba on Twitter.
Posted by Starman at 5:09 AM

Email ThisBlogThis!Share to TwitterShare to FacebookShare to Pinterest
Labels: Doctor Who, Doctor Who 50th Anniversary