The Arrow episode Dead to Rights left fans with many questions heading into the show's brief break.  One of these questions involved the assassin Deadshot and how he survived his apparently lethal injuries from the show's third episode.  Back From The Deadshot answers this question, depicting the events that occurred between The Hood leaving Deadshot for dead and his recruitment by China White to assassinate Malcolm Merlyn. 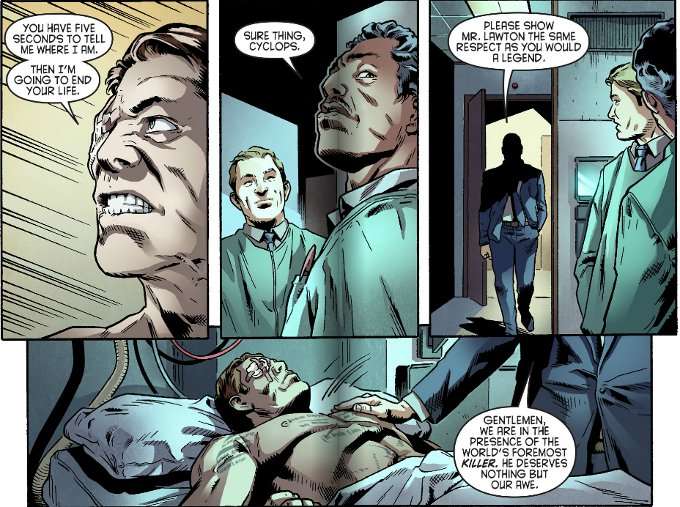 The script by Wendy Mericle and Ben Sokolowski is packed full of action.  Deadshot is established as a deadly combatant apart from his skill as as a sniper.  This marks him as something different and more dangerous than his DC Comics counterpart, who was a pure gun bunny.  Yet there's plenty of nods to the original Floyd Lawton, as we see signs of this Deadshot having a death wish and a fondness for good cigars and booze. 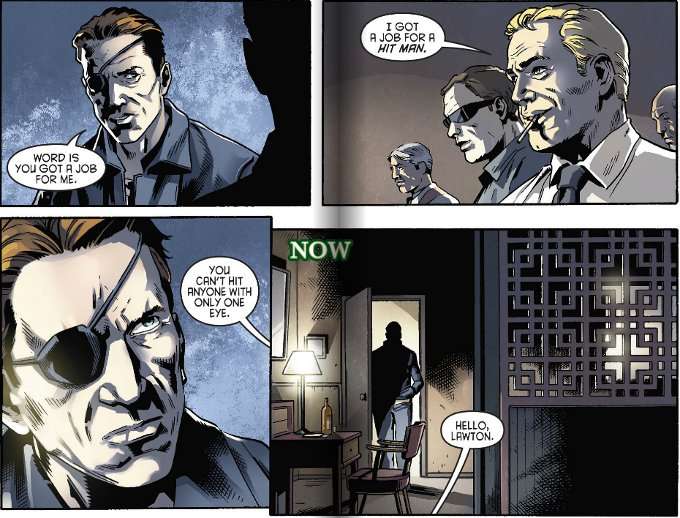 Sergio Sandoval and Pol Gas continue to impress with their atmospheric artwork  Gas expertly shades each panel, creating something that looks shadowy and mysterious without being saturated in black.  Sandoval's figures are crisp and clear and the action flows smoothly from panel to panel.

This story isn't absolutely essential but it's a good read and well worth downloading..  The artwork is fantastic and the story well-paced.   I'd recommend it for all fans of Deadshot as well as all the Arrowheads who like to know what the villains are up to off-panel.
Posted by Starman at 9:29 PM