I read recently that Eric Trautmann would be leaving Red Sonja soon.  I believe this marks the first issue of his final story arc.  This makes me sad, for Trautmann's scripts have been the best part of Red Sonja for quite some time.  He always ensured that an issue would be worth buying even if the artwork was not up to snuff and this issue is no exception. 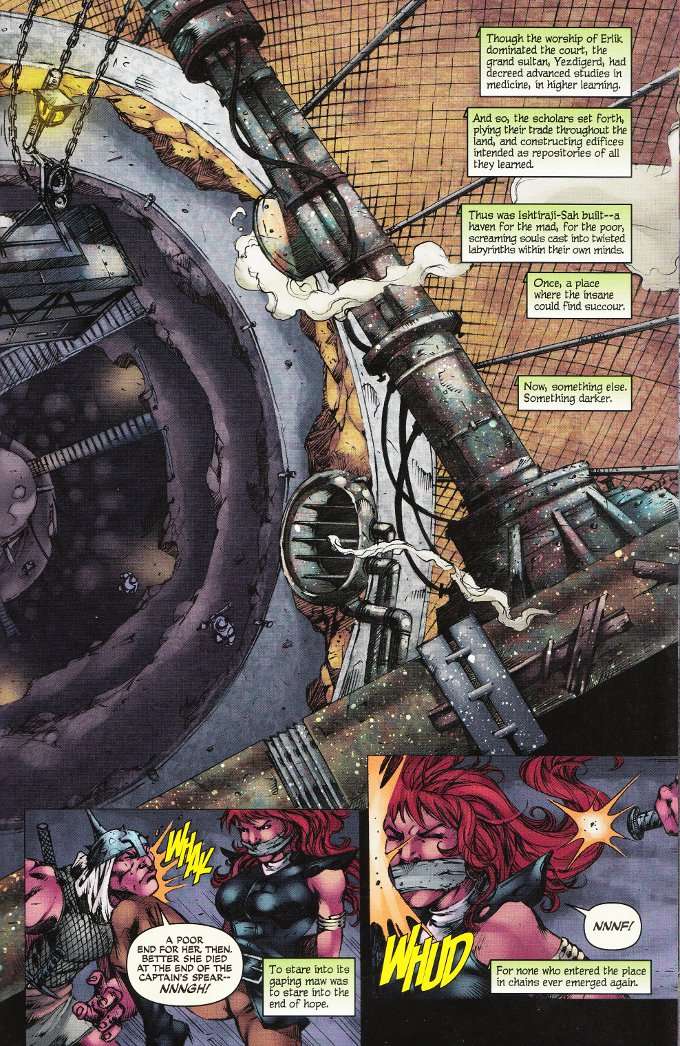 Trautmann's script this time involves Sonja's efforts to infiltrate the Hyborian equivalent of Arkham Asylum.  After feigning madness with her efforts to pick a fight with the local city watch, Sonja is tossed into a prison pit meant to house the incurably insane which has become more of a dungeon for whomever annoys the local law.  Why?  Sonja has her reasons but - as usual - she keeps them a secret, even from her followers.  Trautmann slowly and carefully reveals Sonja's purpose as the story progresses, even as he explores her character for new readers. 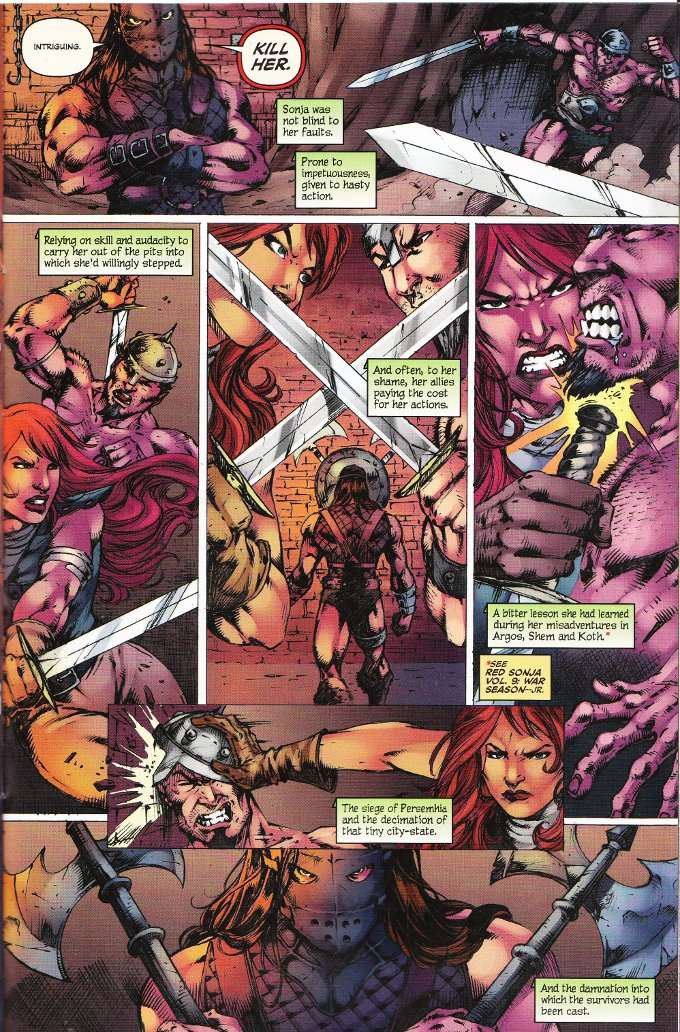 The artwork by Marcio Abreu is better than usual this time around.  I credit this purely to Sonja being clad in a much more sensible costume this time around - a black tunic and breeches - which renders Aberu unable to rely upon his trademark upskirt shots.  For once, Aberu is able to keep apace with Trautmann's script and the action flows evenly from panel to panel.  There's no odd moments where Sonja lacks a neck this time around but many of the character expressions - including Sonja's own face - look odd at times.

This is a good issue of Red Sonja to start with, if you haven't been picking this book up before.  Indeed, it may be the best starting point for the series since Eric Trautmann's first issue.  I only wish the artwork was better and that Edgar Salazar was the regular artist.  But then, if I were making wishes, I'd wish that Trautmann might stay a while longer on this title first.
Posted by Starman at 11:49 PM