World's Finest is one of my favorite books.  Month after month, I can always count on it to give me several excellent and exciting action scenes, some amazing illustrations and leave me laughing at least once.  Such are the wonders of this book that it can make even the horribly annoying Damien Wayen tolerable, though I suspect that's because his visual depiction, as drawn by artist Kevin Maguire, puts me in the mind of a tween version of Namor The Sub-Mariner. 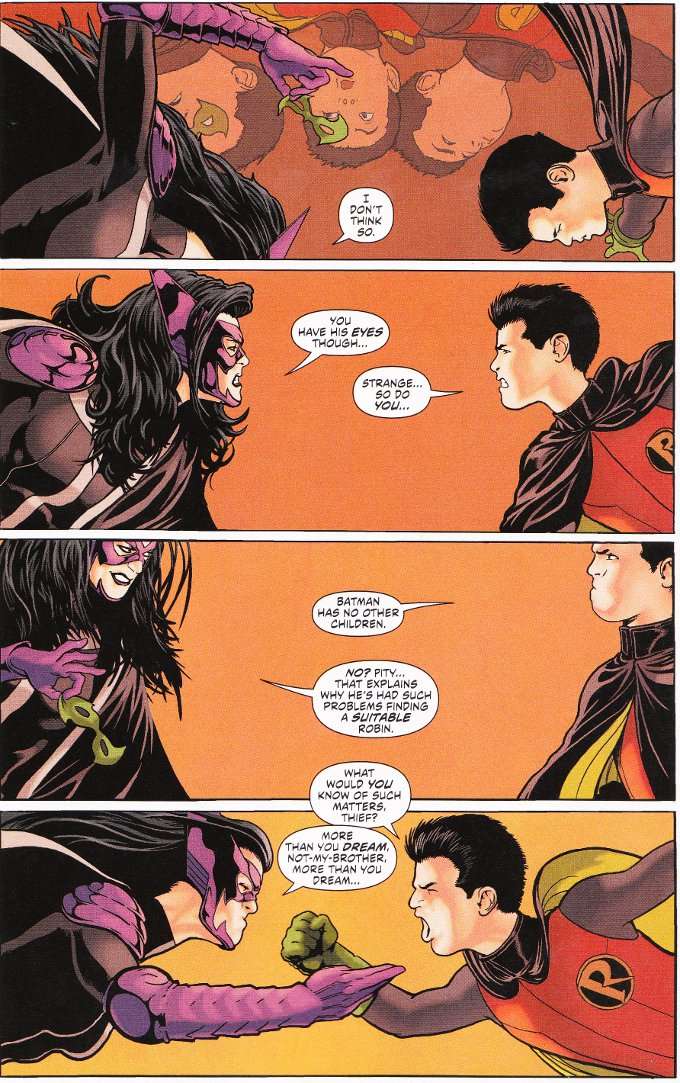 The main focus of this issue is upon Huntress - Batman's daughter on the alternate world of Earth Two - having it out with Damien Wayne, the current Robin of Earth One.  The former has been stealing from Bruce Wayne to finance her activities in this strange new world.  The later is intent on stopping her, little caring about any connection they might have despite some curiosity about her mixing the fighting styles of Catwoman and his father.

The other half of the issue, focusing upon Power Girl, follows Karen Starr - the more fun-loving and wild of our two protagonists - as she continues to work toward finding a way back to their home world.  This section is a lot more fun than the extended fight scene between Huntress and Robin, though the later bits of it do hint at something deadly serious to be coming soon.  Paul Levitz balances both storylines perfectly. 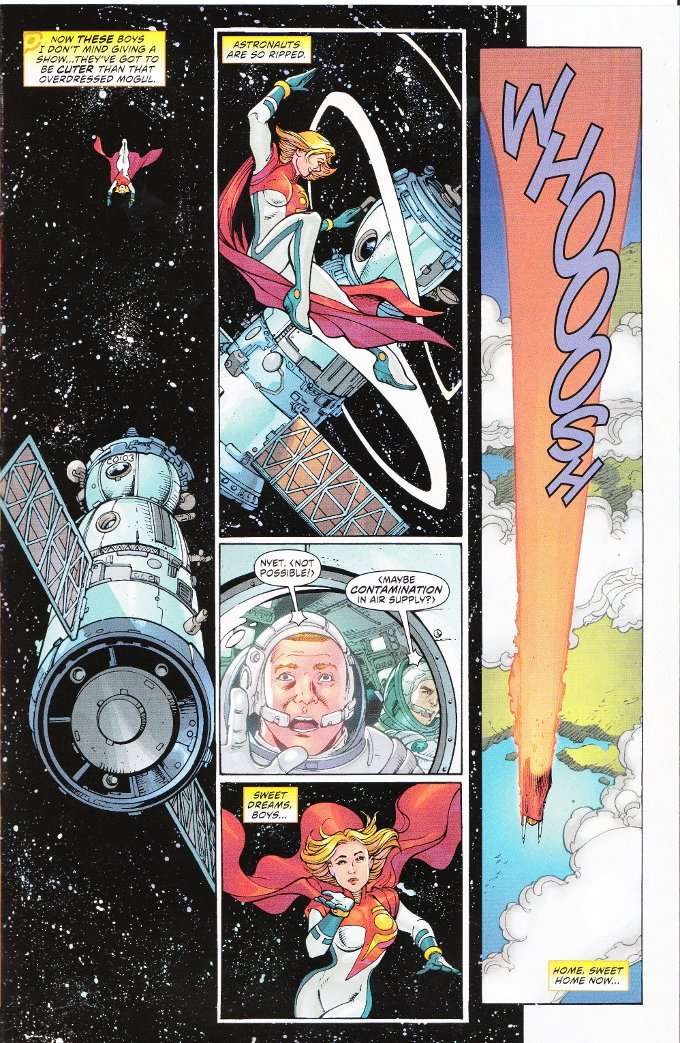 This book has the single greatest art team of any book on the market right now.  I don't know now long DC Comics can allow not one but two great artists of the caliber of Kevin Maguire and George Perez to work together on one title but hopefully it will be for many years yet.  Both artists have crisp, clear, classic superheroic styles but are different and definitive enough for their sections to be distinct and enjoyable on their own merits.  I can't recommend this book enough.
Posted by Starman at 12:01 AM