Action Comics Annual #1 gives back-up feature author Sholly Fisch a chance to come to the forefront.  To the surprise of no one who has been reading the book so far, Fisch proves capable of the task.  Fisch is a different kind of author than Morrison, not presenting as many off-the-wall or novel ideas as Scotland's favorite son.  Yet I dare say Fisch is as good as tugging on heartstrings as Morrison is at blowing minds. 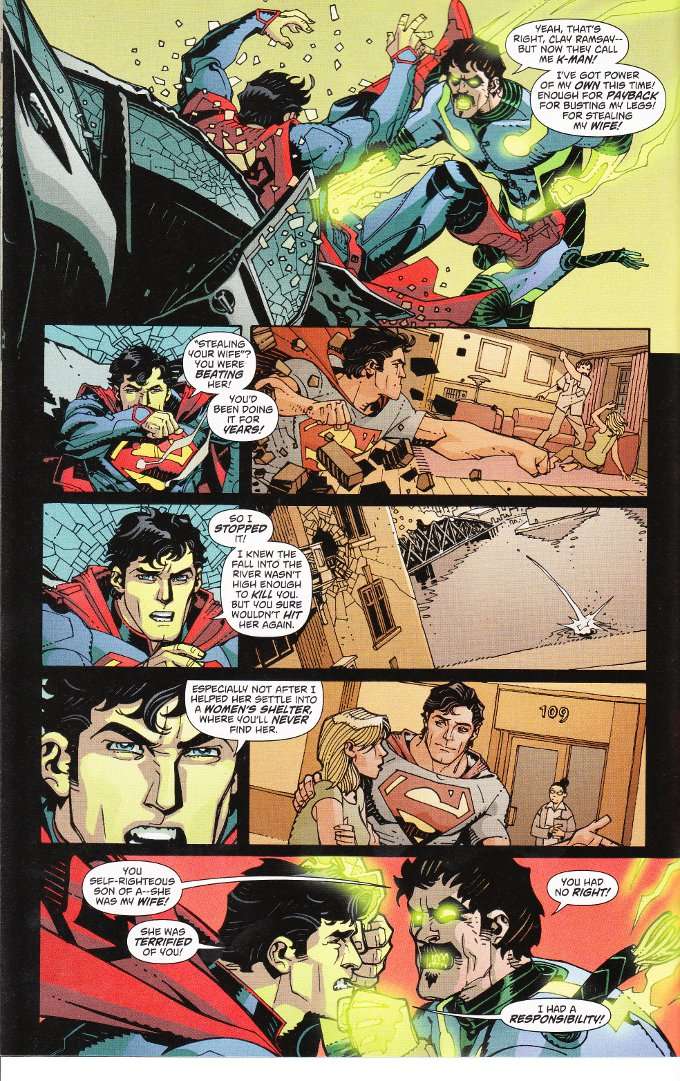 The main action of the issue centers upon two men for whom Superman has proven an instrument of change.  The first is Ramsay - a wife-beater we saw Superman deal with in a previous issue, who volunteers to be a guinea pig for a new super-soldier program in the hopes of getting revenge on the man who "stole his wife".  Empowered by Kryponite radiation, he actually proves a match for Superman - as cruel and vicious as Superman is kind and caring.

Luckily, Superman gets some back-up in the form of John Henry Irons - a scientist inspired by Superman's example who has decided to use his talents to help the world... but not necessarily as a superhero.  The contrast between both characters proves subtle and helps to put a unique spin on what might have been another simple fight issue.  The closing scenes in which we see how Irons "pays it forward" and empowers others to help as he has are particularly inspiring. 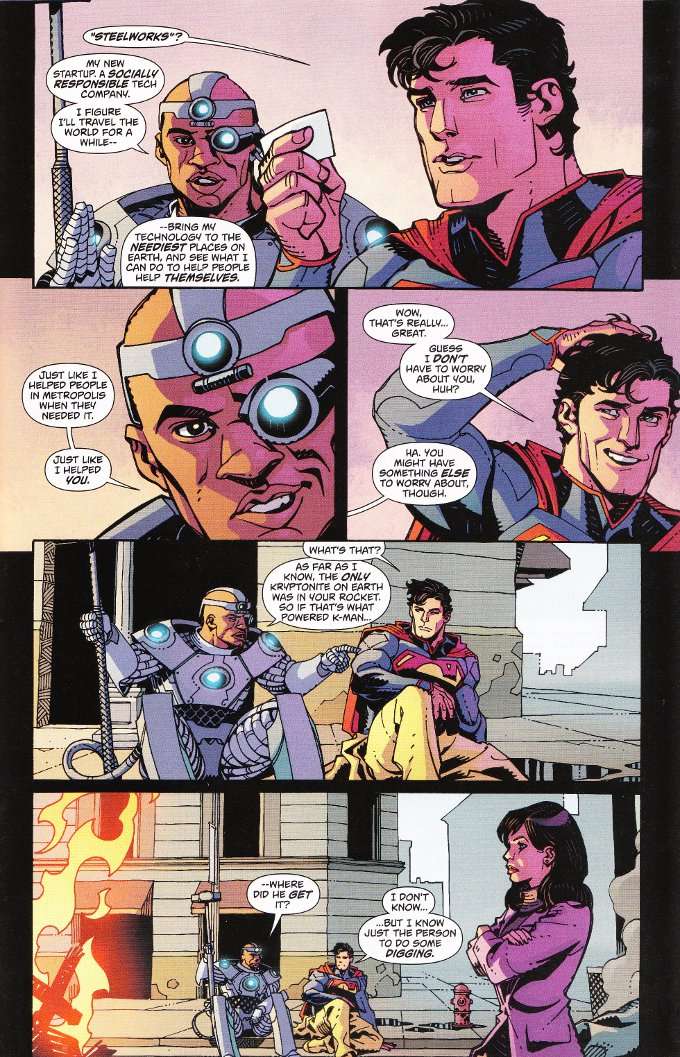 The artwork by Cully Hammer - most recently seen on The Shade and in other Action Comics back-up stories - is top-notch.  Hammer is a wonderful visual storyteller, who keeps the story flowing smoothly from panel to panel.  I particularly like Hammer's take on Superman, who looks not unlike a young Bruce Campbell.  I don't know if this was an intentional choice but now I want to reread my old Action Comics issues with Campbell's voice in mind.
Posted by Starman at 7:30 PM