Arrow #4 offers us a look at the past of Oliver Queen's bodyguard, John Diggle.  Despite being one of the more interesting supporting characters in the series so far, we don't know much about the background of "Digg".  In fact, beyond his being a soldier and having a brother who was in the security business as well, we don't know anything about the man save that he takes his job very seriously. 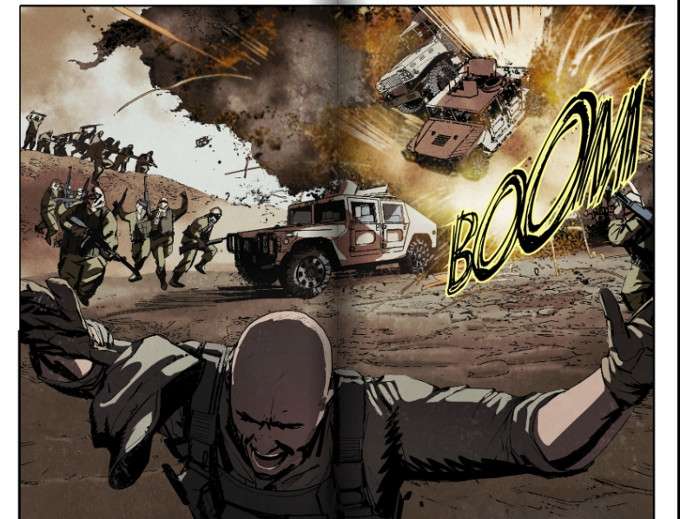 The story presented here by series executive producers Andrew Kreisberg & Marc Guggenheimn offers us a dual insight into both Diggle's past and personality.  The action centers upon Diggle and his men being ambushed  after Diggle - against orders - stops their convoy to check on a young girl who appears to be injured and distressed.  Diggle proves to be an true soldier - a man of ideals who sees his uniform as a symbol of honor and acts accordingly.  He follows the spirit of the law, not the word itself.  I'm not much for military-style comics in general, but the script here is engaging and the action well-paced. 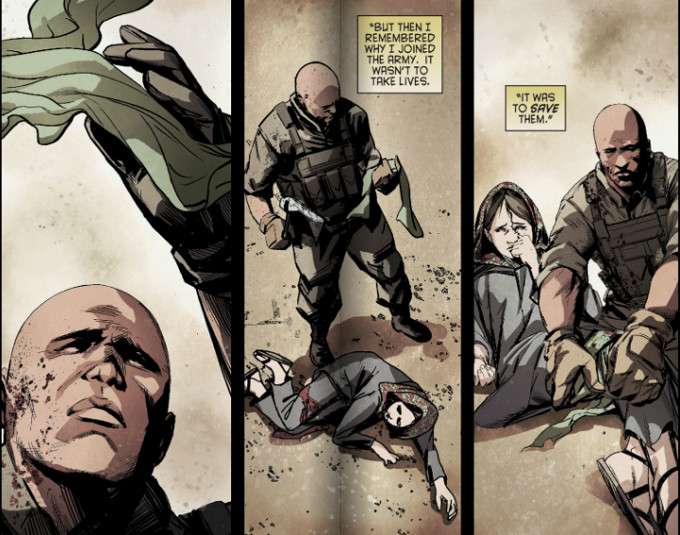 The art by Eric Nguyen manages to excite, despite being rendered in the dull greys and browns appropriate to the setting.  Nguyen dodges the trap many modern war comic artists fall into, avoiding excessive posing in his figures.  Everything here has a sense of motion to it, even the scenes that are clearly meant to be still and quiet.
Posted by Starman at 2:01 PM