Arrow #3 represents a serious step-down in quality from the previous two issues.  Written by Beth Schwartz, it tells us the back-story of Chien Na Wei  a.k.a. China White - the Triad assassin we saw pitted against Ollie in the second episode of the Arrow TV series.  Sadly, this tale does little to develop her beyond being a stereotypical Dragon Lady. 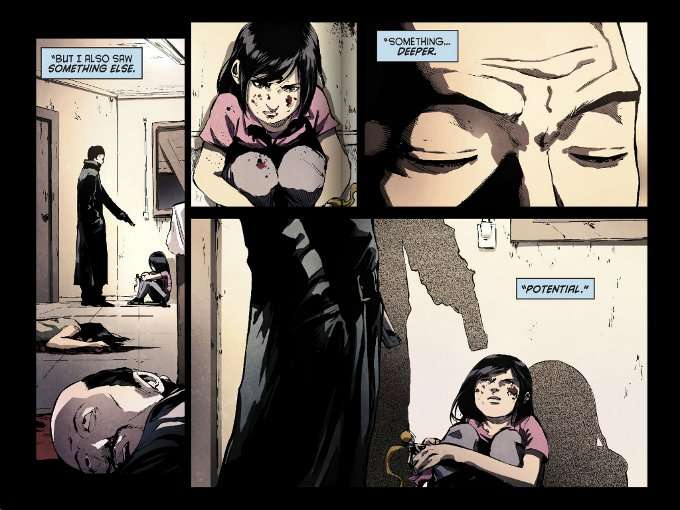 The hardened drug-dealer created by Andy Diggle for Green Arrow: Year One is nowhere to be found.  Instead we have an abused girl, who was spared by the assassin who killed her parents and then watched for several years.  He then offers to train her as an assassin after young Na Wei injures the hand of one of the girls who bullies her.  The script is packed full of cliches and if I never read another story where an Asian female protagonist is abused by her parents and recruited to join an assassin's guild, I'll be a happy fanboy. 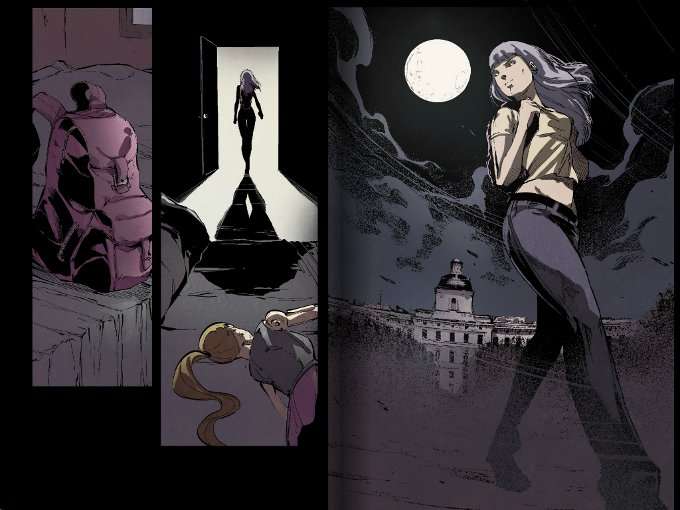 The art by Jorge Jimenez is somewhat better than the script, continuing Arrow's tradition of using Grell-like artists with heavy shadows and dark color palettes.  Appropriately, most of his character designs and style reflect an Eastern-influence but some of the details being obscured by the inks do cause some confusion.  It is hard to tell in the above scan, for instance, whether China White has abandoned her Barbie Doll or whether she killed the blonde mean girl who made fun of her.
Posted by Starman at 3:45 PM