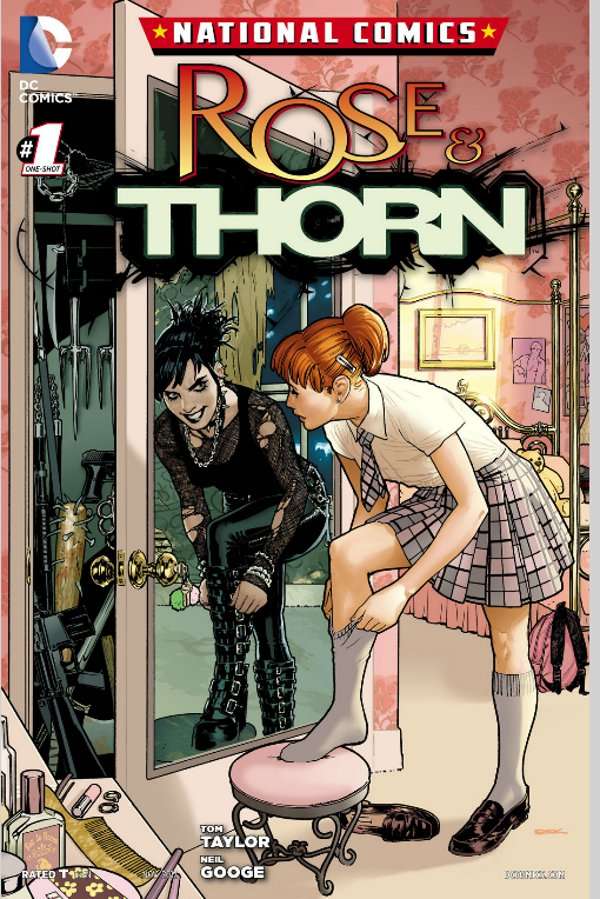 Submitted For Your Approval: One Rose Canton.  Committed for a time after the violent death of her father, Rose now lives with her aunt and struggles to build something resembling a normal teenage life.  But teenagers are cruel and Rose's time in the asylum is publicly known.  Between the taunts at school and her trouble sleeping, Rose's life seems like one long bad dream.  But as Rose Canton will soon discover, the nightmares are just beginning. 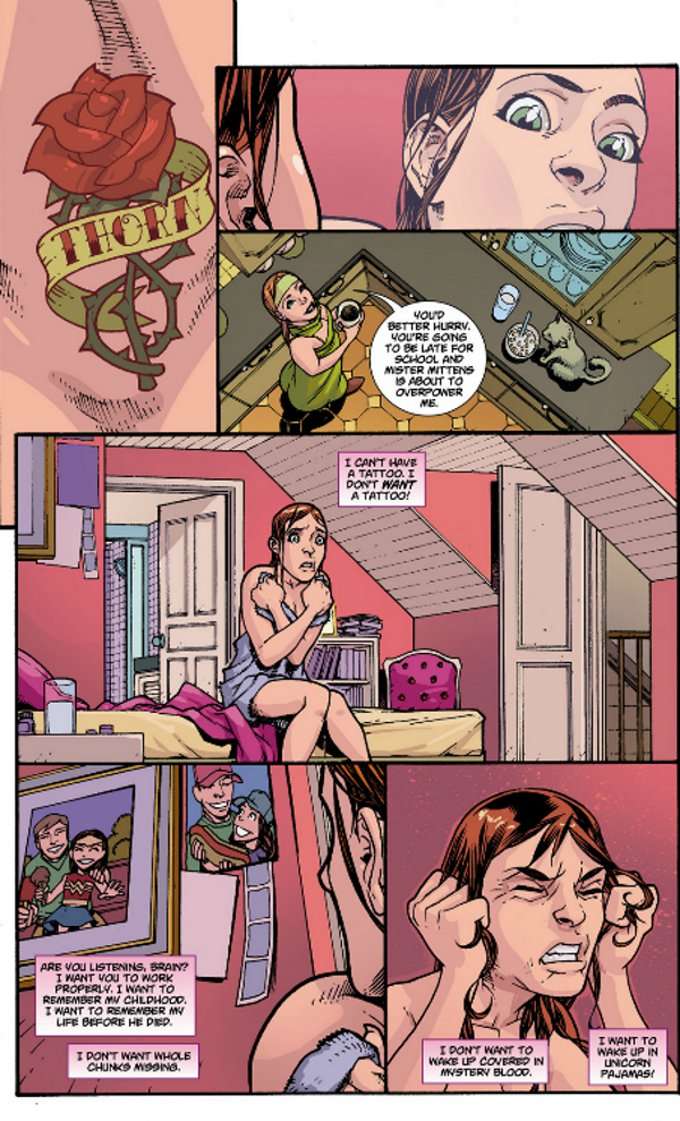 Our story begins after Rose wakes up in unfamiliar clothes, in pain and soaked in blood.  The blood turns out not to be hers but that's hardly a comfort - particularly after she discovers that she now has a tattoo she never wanted.  The day gets stranger and more horrifying as Rose uncovers more evidence that she is doing things she isn't aware of at night   Pictures of her attending wild parties she doesn't remember attending.  Reports that she was seen making out with Troy - the most popular guy in school, who has mysteriously disappeared.  She even tried to seduce her only friend! 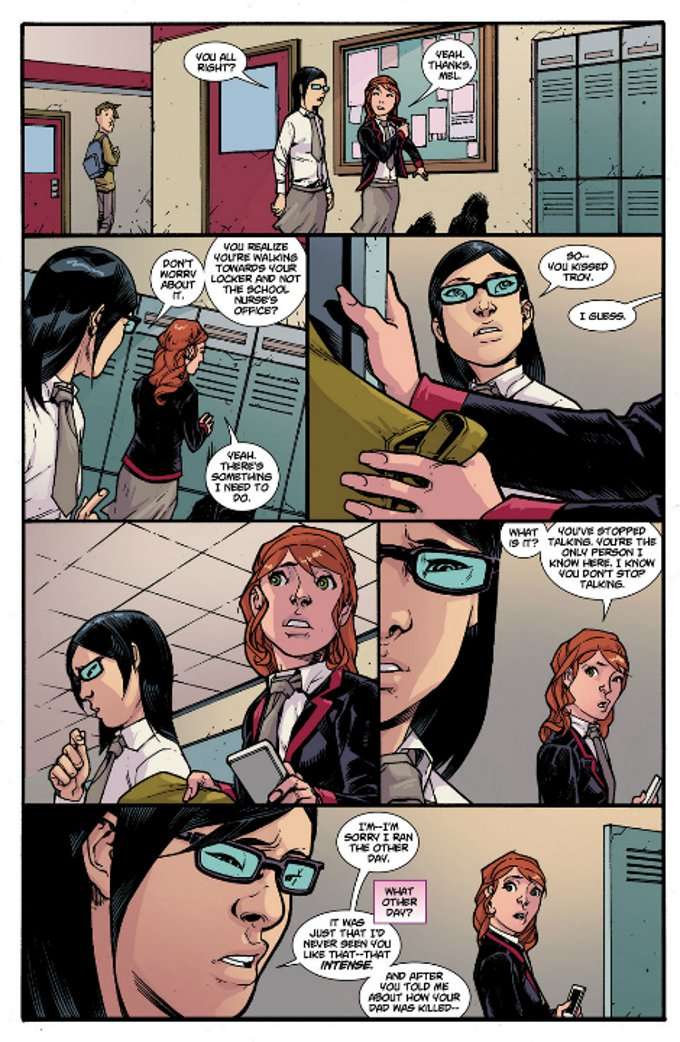 Tom Taylor tackles this classic character in a novel way, his script emphasizing the horror of Rose's plight.  We learn who Rose through her shock at what she seems to have done but believes herself incapable of doing.  The story style is unlike anything seen in most American comics, feeling closer in tone to a Japanese horror manga than a superhero story.

The art by Welcome To Tranquility artist Neil Googe seems to reflect this Eastern aesthetic.  With his characters possessing enlarged eyes and exaggerated features, this book looks like a shojo manga in addition to reading like one.  There's even a little bit of fan-service but nothing that seems exploitative or gratuitous by manga standards and nothing that would be inappropriate for the Teen audience this book is written for. 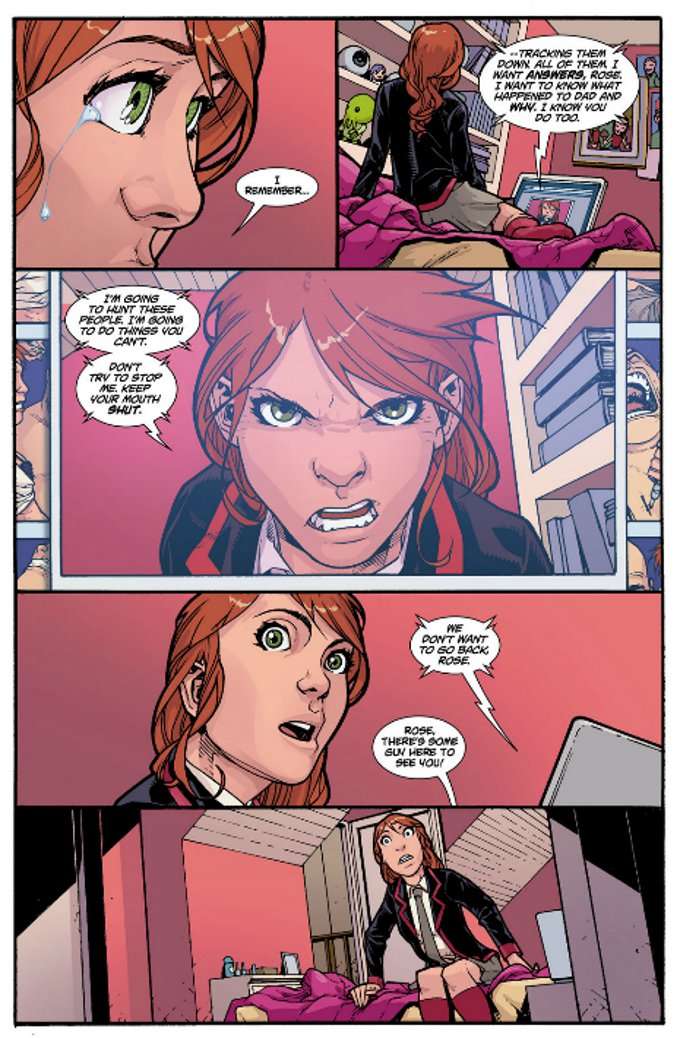 I don't know if DC Comics is trying to snare more young women with their latest group of new comics.  But with more titles like this and Sword Of Sorcery, I dare say they may do so regardless of their intent.  I don't think this is quite ready to supplant Gail Simone's excellent Rose And Thorn series from several years ago but it is a good start for a new series.
Posted by Starman at 10:41 PM