Four words sum up Justice League #12 - Too Little, Too Late.

Quite a lot happens in this issue. Unfortunately, most of it is things that should have happened several issues ago or shouldn't have happened at all. I mentioned in my earlier reviews of this series that the villain of the current story arc - Graves - was ill-defined in terms of both powers and motivation. For some reason, this final chapter opens up with far more exposition than we ever had before regarding not only what happened to Graves and his family but we also get a clear explanation of just what happened between Wonder Woman and Steve Trevor in the five year gap between Issue 6 and Issue 7. We really could have used this information earlier! 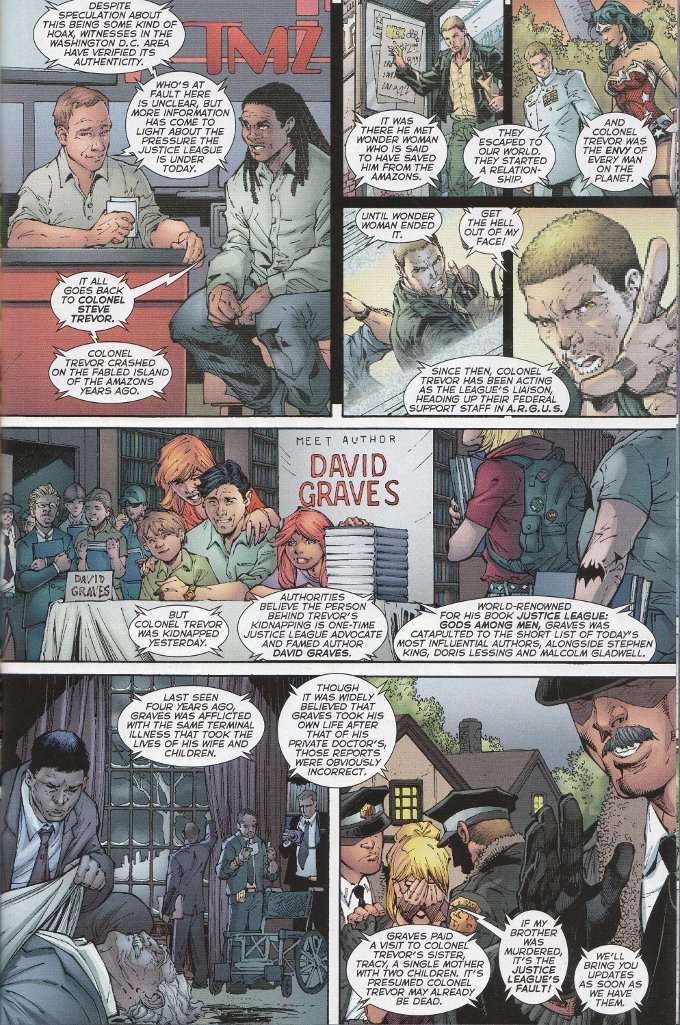 But the big story here - at least, in the minds of DC Comics' PR Department - is the beginning of a romance between Superman and Wonder Woman. To say that this romance comes out of left-field and feels entirely driven by editorial fiat is putting it mildly. Even Geoff Johns at the height of his powers is unable to sell this story. 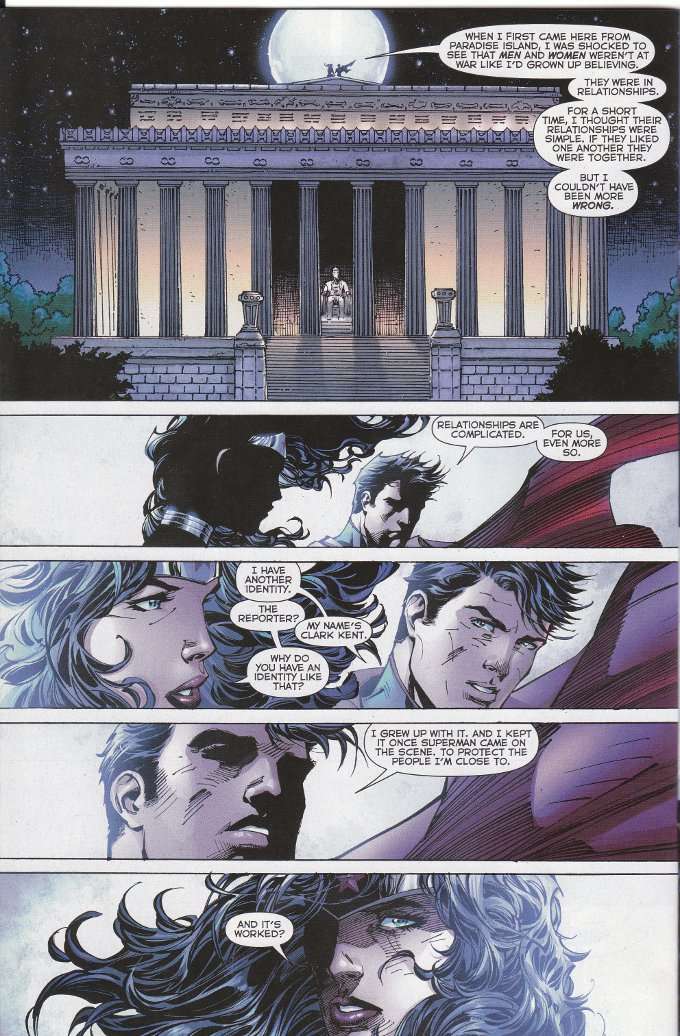 Jim Lee's pencils are as strong as ever, though the look of the finished artwork is somewhat uneven. This is probably due to a team of nine (yes, NINE!) inkers being responsible for the first 28 pages of the book, many of whom have completely incompatible styles. Some pages are so thinly inked as to barely have any definition at all. Others are oversaturated with shadows, completely obscuring some details.

When the New 52 began a year ago, Justice League was meant to be DC's flagship title - a task it has largely failed in. More often than not over the past year, this book has been disappointing, seeming rushed and incomplete. Come to think of it, maybe that makes it a perfect flagship book for the New 52...