I have a suggestion for The Eisner Award committee. Start a new category for 'Best Recap Page'. Then give it to Captain Marvel. 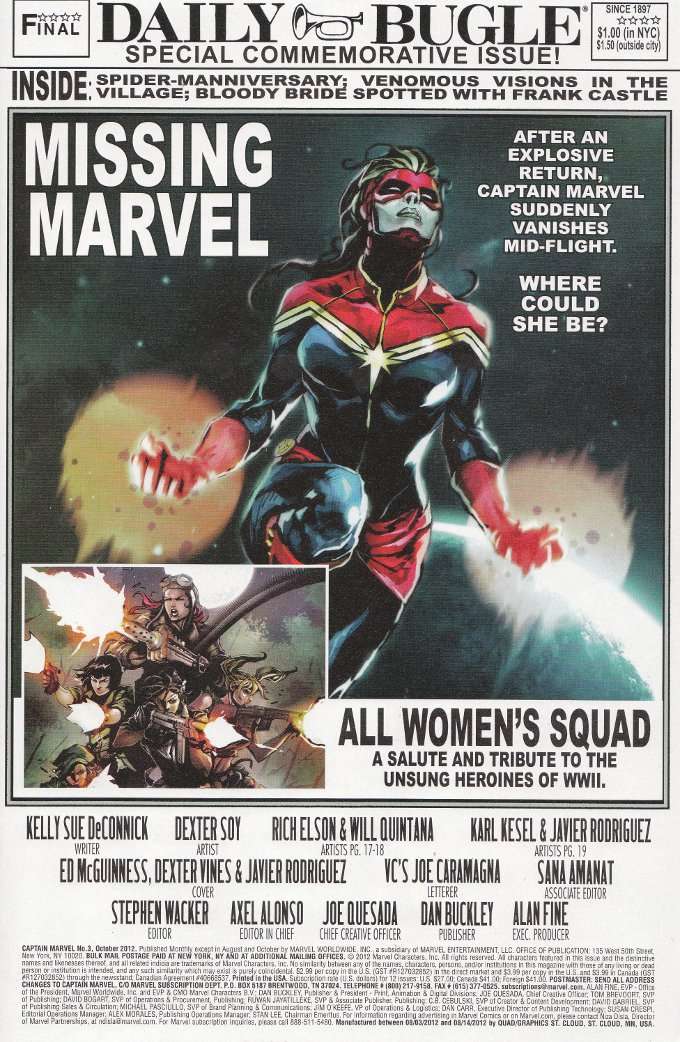 No book I've read in recent memory has handled its' own exposition so smoothly as this one. After being informed of the disappearance of Carol Danvers (a.k.a. Captain Marvel) on the first page, the story quickly brings us up to speed on how - for some reason - Carol has been teleported into the past. She finds herself alongside The Banshee Squad - an elite all-women unit from World War II. The plot thickens in this issue as the Banshees discover that the Japanese Air Force is using some very advanced technology. Technology that Carol immediately recognizes as belonging to The Kree - the alien race responsible for her super powers. 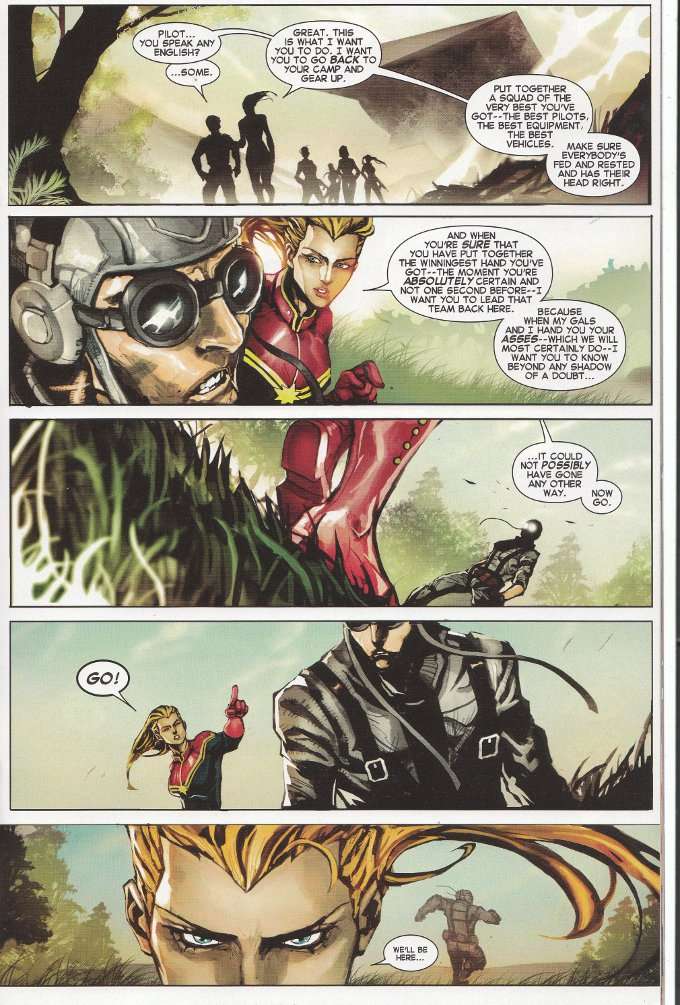 Kelly Sue DeConnick proves to be as phenomenal as ever. The action scenes contained within this issue are well-paced and exciting. But this issue truly shines during the quieter scenes where Carol Danvers bonds with a group of women who revolutionized the idea of female soldiers and blazed the trail that she eventually walked down. This scene also sets up a cute gag at the end of the book, where we see what appears to be a "lost comic" penned and drawn by the Banshee Squad's aspiring writer and artist, starring a somewhat familiar looking heroine.

This sequence is illustrated by Karl Kessel and Javier Rodriguez, who provide a picture perfect parody of the Golden-Age superhero style. There is another two-page back-up scene, well-illustrated by Rich Elson and Will Quintana, which seems to be setting up a future storyline for Carol to deal with. The lion's share of the artwork is once again handled by Dexter Soy, who is quickly becoming one of my favorite artists.

Bottom Line: If you aren't reading Captain Marvel, you should be!