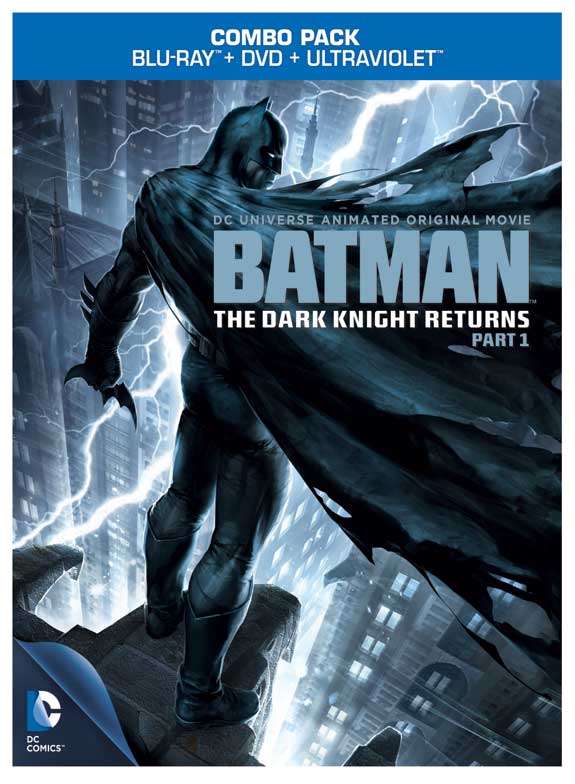 On the odd chance that some of you haven't read the original The Dark Knight Returns and don't realize the significance of this particular story being adapted into an animated film, let me sum up.  Frank Miller's original mini-series redefined not only the way most comic readers viewed Batman as a character but the entire superhero genre and comic book medium.  Along with Watchmen, DKR was one of the first mainstream comic books to explore superheroes on a more mature level.  Its' success proved that illustrated literature was a viable medium for sophisticated stories and that such stories could be critical and commercial successes.  Not bad for a story that was written because of Frank Miller's mid-life crisis and his desire to write a story about a Batman who wasn't younger than him. :) 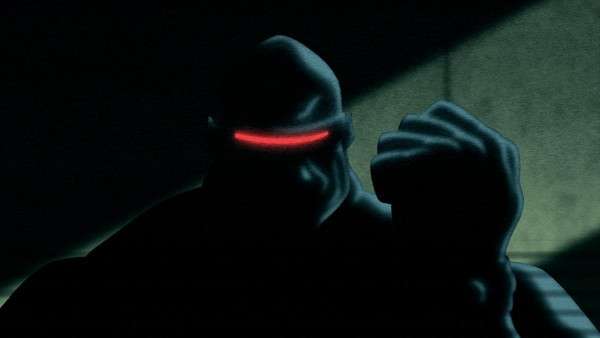 The Dark Knight Returns is set in the not-too-distant future, some ten years after the last reported sighting of The Batman.  Commissioner Gordon is days away from retirement.  Harvey Dent, recipient of some revolutionary new plastic surgery and psychiatric help, has just been released from Arkham Asylum with a clean bill of health.  A new gang called The Mutants holds Gotham City in its' thrall.  And Bruce Wayne - long retired from crime-fighting and resigned to a life of idle leisure - can no longer stand idly by doing nothing.  His return will send shockwaves through society, bringing both praise and condemnation from various media pundits and politicians as well as inspiring a new group of heroes, including Carrie Kelly - a young tween who makes her own Robin costume following her own encounter with The Dark Knight.

The animation for this movie is top-notch.  I've rarely been disappointed by the animators Warner Brothers chooses and the studio is in fine form this time.  Wisely avoiding aping Frank Miller's grittier art-style completely, the film uses Miller's general designs while utilizing more fluid line-work in the actual construction of the characters.  This creates an effect where the main characters move like in a traditional modern anime but the background characters - usually depicted entirely in shadow, as with The Mutants who are only seen as outlines with red-lit goggles - are more stylized and less detailed, blending in with the darkness. 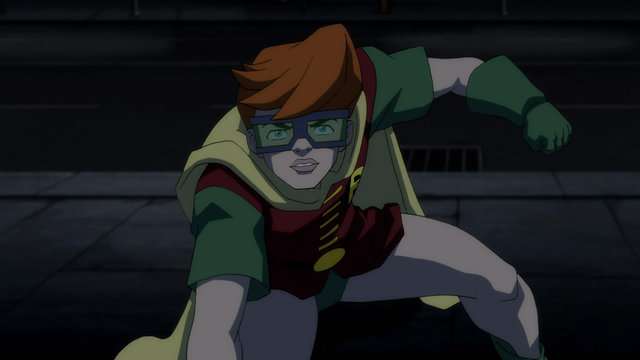 Sadly, the film doesn't fare so well in the voice-acting department   Now, let me say that this movie has a lot of great voice actors rounding out it's supporting cast - Frank Welker, Tara Strong, Jim Ward, Maurice LaMarche, Paget Brewster, Grey DeLisle and Dee Bradley Baker all play minor roles and play them well.  Michael McKean does a particularly great turn as Dr. Wolper - the publicity-mad psychiatrist who declares Two Face completely sane while decrying Batman's negative influence on society.  And Maria Canals - Hawkgirl herself - does a fine job as the voice of Commissioner Yindel, Jim Gordon's incoming replacement.

No, the biggest problem with this movie lies with its' stars.  Peter Weller - who plays Batman - doesn't seem to have been given any direction other than to sound like a tired old man.  There is no energy to the portrayal.  He doesn't sound world-weary so much as he seems in desperate need of a nap.  What this role needed was a Clint Eastwood.  What we got was Wilford Brimley talking about life insurance.

Ariel Winter does somewhat better as Carrie Kelly, but only just.  Her performance has energy but far too many of her lines seem to run together without pauses between the sentences.  And not in the usual way that teenage girls sometimes speak in a rush without breathing.  I mean in the way that she says "No!  Don't Die!" as one word.  It's an odd thing, but the most effective scenes with their characters are the action sequences where there is no dialogue. The script by Bob Goodman is another oddity.  Frank Miller's personal aesthetic is deeply routed in film noir influences and it's odd that the creative team would neglect that element in the script after going through such effort to see it brought into the animation  Goodman stages most of the relevant scenes from the original story and indeed the film opens, as the comic does, with Bruce Wayne risking his life in a high-speed car race.  While this is a cool opening, it isn't clear just how Bruce feels he has little to live for and is desperate for excitement and purpose without his internal monologue and musings on what would make for a good death.  Likewise, we miss out on what is arguably the most powerful scene of the original book -where we first get to see The Batman in action, as Bruce muses that he is nowhere near as tired or pained as he should be.

Is The Dark Knight Returns, Part One worth seeing?  I'll say yes.  Despite some half-hearted voice-acting, it's decently paced and it looks great.  I'd strongly suggest reading the original books first, though.  Assuming you haven't done so already, of course.
Posted by Starman at 1:41 PM