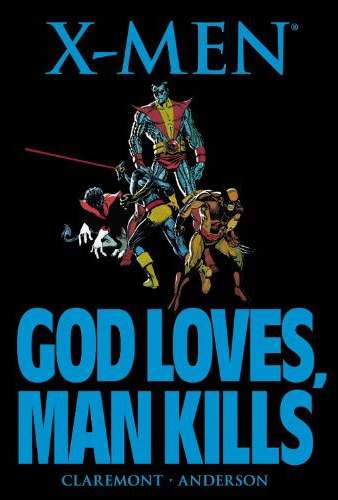 Since the death of his wife and infant son, soldier turned preacher William Stryker has been convinced that mutants – those rare human beings naturally born with unusual powers – are the secret servants of Satan. Secretly financing a vigilante army known as The Purifiers, Reverend Stryker intends to cleanse the Earth of the mutant menace once and for all.

With no small sense of irony, Reverend Stryker means to do this through the kidnapping of prominent mutant-rights activist Professor Charles Xavier. Why? Because through his secretive government contacts Stryker has learned that Professor Xavier is secretly a powerful mutant telepath as well as the leader of the superhero team known as The X-Men. With the finest technology money can buy and a bit of old-fashioned brainwashing, it is Stryker’s intent to turn Professor Xavier upon the people he wishes to protect, transforming Charles Xavier’s telepathic mind into a weapon of mass destruction.

Now, with their mentor and field commanders captured, it will fall to the few remaining X-Men to do the unthinkable. To save their mentor and the lives of millions, they must form an alliance with their greatest enemy. He is the most powerful mutant on Earth and an unashamed terrorist. He is the Master of Magnetism, Magneto!

Despite being published 30 years ago this summer, the message of this graphic novel is as strong and as relevant today as when it was first published. While the X-Men have always been used, directly and allegorically, as a metaphor for real-life civil rights issues, God Loves, Man Kills was one of the first graphic novels to deal with the issues of religious extremism in America and the dangers posed by those who use religion to justify acts of violence. Writer Chris Claremont has tackled this theme repeatedly in his X-Men stories, but for what this reviewer’s money is worth, Claremont never tackled it with quite so much panache as he did in this story.

Truly, there have been few scenes in comics as powerful as the moment when Reverend Stryker points to the demonic-looking Nightcrawler and asks how anyone can dare call “that thing” human. The usually soft-spoken Kitty Pryde is the one who speaks up in defense of her friend, citing Nightcrawler’s noble heart and good humor as reason enough to believe that Stryker’s dogma is wrong. What makes the scene all the more powerful is that Claremont does not play up the religious element, with Kitty Pride’s Jewish beliefs going unmentioned along with Nightcrawler’s devout Catholicism. That is not the point of this story, which is about the good people do in spite of their faith and the evil others do in the name of theirs.

The artwork by Brent Anderson is finely detailed, being more heavily inked than many Marvel Comics of the time period. The heavy shading, coupled with the darker palette used by colorist Steve Oliff, gives this story a moody feeling. This is fitting, given the more mature subject matter.

God Loves, Man Kills is proof positive that one can tell a serious, relevant story with superheroes. More, it is a must-have for any Young Adult graphic novel collection.