Captain Marvel #2 continues on from where the first issue left off, once again focusing on Carol Danvers as a pilot - not as a superhero. Still thinking of the female pilot who inspired her as a girl, Carol sets out to prove that it would have been possible for her to have broken a record that was never officially recognized. How? By taking the exact same plane out for a ride and tying the record herself before trying to break it! 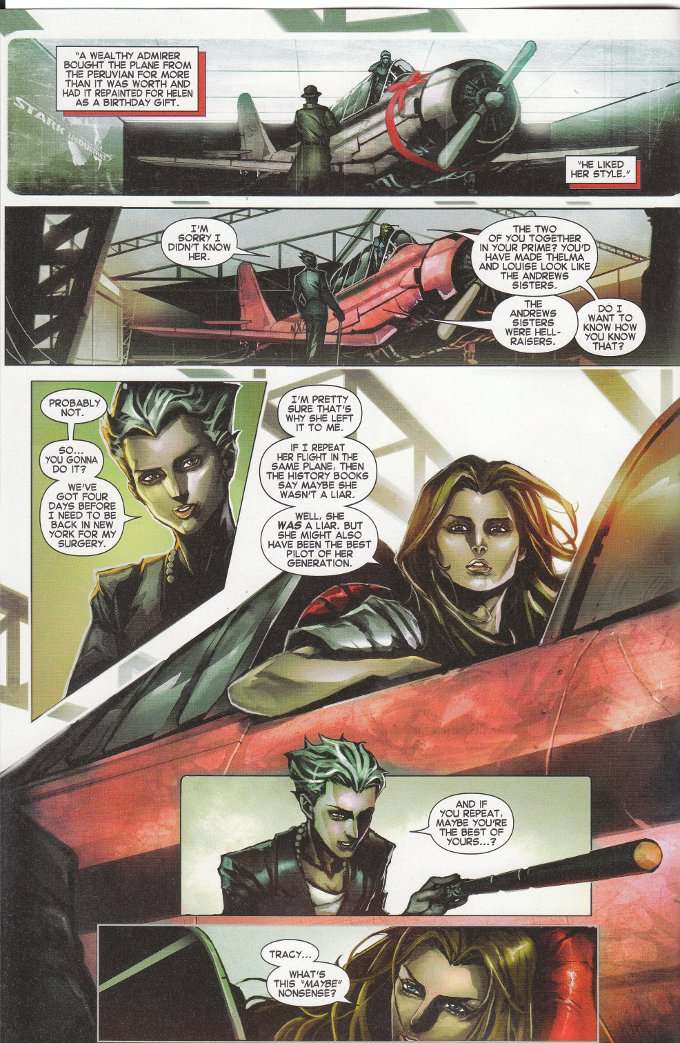 I have no doubt that Kelly Sue DeConnick could have written an amazing story built around just this concept. Her take on Carol Danvers proves herself worthy of the name Marvel on every page- smart as a whip, tough as a two-bit steak, confident and powerful enough to back up her high opinion of herself. A story about her trying to prove herself as a pilot independent of her abilities as a superhero would be a fine ripping yarn. But things are rarely that simple for Carol Danvers and - naturally - there's complications to the flight that lead to Carol winding up captured by strange soldiers and having a run-in with a most unusual group of soldiers, whose presence suggests Carol may have gone even further astray than she thought. 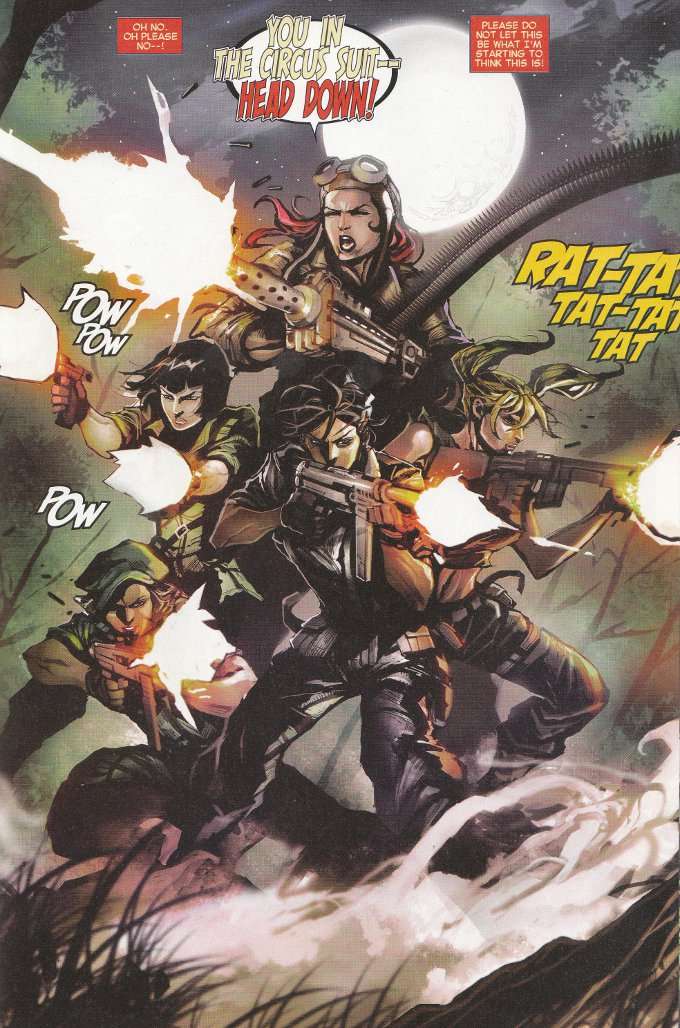 I'll be sorely surprised and disappointed if Dexter Soy doesn't get an Eisner nod for his work on this book. His character designs are stylized without being inhumanly distorted and his color palettes are perfectly chosen throughout. His artwork perfectly matches DeConnick's scripts every one of his splash-pages is poster worthy.

How to sum up my feelings of this series? Three words: READ THIS BOOK.